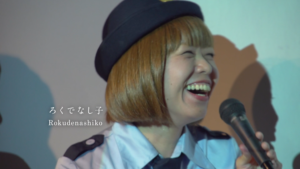 Rokudenashiko is an artist famed for her vagina themed art who has been arrested twice and is now on trial charged with breaking the obscenity law. Her case embodies how the individual rights of freedom of expression is seen as a threat to the wider social order the authorities are desperate to maintain. 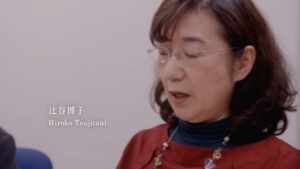 Teacher Vs Osaka
Ms. Tsujitani is suing the Osaka Board of Education for violating her freedom of expression and belief, and demanding reversal of her dismissal. She was fired for not obeying the Osaka regulation on compulsive singing of the national anthem. She fears that the place of education is being turned into teaching students not to think for themselves, but to obey the rules. 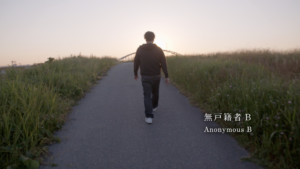 Child Vs State
An archaic koseki family registry system prevents the registration of individuals born outside of the traditional marriage between men and women, resulting in more than 10,000 individuals without a formal identity and unrecognized by the state. Anonymous A and B are two such individuals who have found themselves without paper works to prove their existence as a result of this archaic family law that determines fatherhood by marriage ties and not biological relations. With no official identity, they live on the edge of society, with no right to education, healthcare or work. Escaping stigma of being the children of ‘immoral women’, they survive by hiding or pretending to be someone else. Japanese civil law reveals that ‘family’ is the smallest unit in Japanese society – undermining basic human rights of an individual.